(Meg, along with a host of other great writers for youth, are in Minneapolis for the NCTE conference. Some, such as Meg, are staying over for the 2015 ALAN workshop)

RAWing with Meg Medina answering the five questions of doom 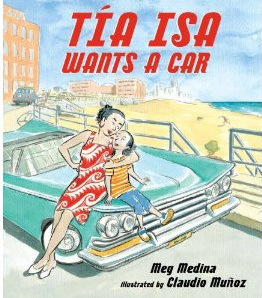 I have an interest in kids of all ages, period. I choose a genre based on the story’s needs and on my mood. So, for example, my picture book, Tia Isa Wants a Car could have been written as a middle grade novel. There were certainly plenty of family dynamics to explore, but I wanted to capture the feeling of the first family car through the innocent joy that we typically associate with younger kids.  When I write for teens, on the other hand, I tend to write about the darker questions I had growing up, questions about myself and about the adults around me. I despised my teen years and reached graduation feeling that I had survived some enormous battle. I write from that place for teens because I think there are so many kids who find growing up excruciating. 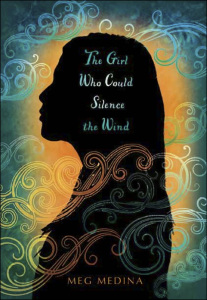 School visits are a blast, although the travel can get hairy from time to time. At its most basic level, a school visit from an author is probably more interesting than going over last night’s homework. But I like to think that I offer a chance for teens to experience a novel as something more than paper and ink on a shelf. I especially love when I meet students who may have never met an author before. We take for granted that all kids see their options wide open, but I don’t think that’s true, especially among kids whose families don’t have a history of higher education or who may be newer to this country. I like the idea of demystifying the arts and returning it to kids. I like serving as living proof that it’s possible for them to use their experiences to make a living through books, culture, and story. 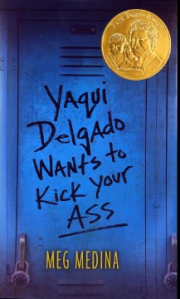 Thank you for including it on your list. My instincts tell me that the sweet spot with teens is always honesty and how closely a story names their real dilemma.  Growing up is a tough business. We say and do the unthinkable and the inexcusable to each other while we’re in middle school and high school. We are at our most volatile and our most vulnerable, which is a terrible combination. I think that YDWTKYA captures that reality.   The novel is about bullying – that’s the external disaster that we’re watching, so to speak. In that way, the page turning is a bit of blood lust, the literary equivalent of people in the hallway yelling Fight! Fight! Fight! But YDWTKYA is also a story about figuring out how to survive an onslaught and emerge in one piece. That’s the universal quality, the part that every kid is longing to know. I think the novel invites self-reflection. Who am I in this book?  What would I do?  What are the costs of savaging each other? What can I change? What would I gain and what would I lose? 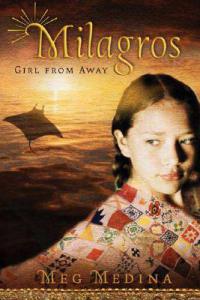 I think the barriers are very complex, but if I were to point to one major issue, it’s that publishing in general needs to be more diverse. That means top to bottom, more editors, agents, publicists, sales managers, and booksellers who represent what our country now looks like. Having diverse voices at the decision-making table for how we acquire, edit, and market books for young people would go miles in improving our offerings. PEN just did an amazing editorial round table discussion on this, if you’re interested. http://www.pen.org/conversation/editorial-roundtable-diversity-equity-publishing

As for my own work, my novels usually feature Latino protagonists of all races, including white Latinos. Mostly, though, I like to think that there are people in my novels – nuanced, fully developed people of all backgrounds with whom readers connect.

And that’s where the trouble is.

The danger for authors writing outside their experience is that they sometimes try to write an ethnic group or a type rather than fleshing out a person. Writing this way includes the most superficial treatment of a character’s culture (for example, the character’s name, a food, a particular kind of job) as a sufficient expression of the character. Writing in this way, you can easily get something wrong, and those missteps make characters ring false at best and as ugly stereotype at worst.

Can it be done well? Sure. I’ll point to the work of Linda Sue Park and Laura Esau, and Skila Brown who have all written compelling novels outside of their own ethnic group. But should it? That’s a harder question, particularly against the galling fact that so few diverse authors are published right now.

I’d say examine your motives for wanting a particular character in your novel; take honest stock of your sensitivity. Be prepared for thoughtful research to draw him or her exactly right, so that you end up with a whole person that I want to know.

My new YA, Burn Baby Burn will be published in March 2016. It’s historical fiction set in New York City during 1977, when Son of Sam was murdering girls. In other words, very cheery once again. Also, I just signed a deal with Candlewick to publish my next two novels, a YA and a middle grade. I haven’t written a middle grade since 2008, so it will be fun to get back inside that mindset.