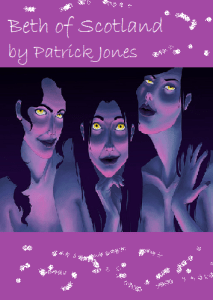 Beth receives a prophecy from a trio of girls that she will be elected homecoming queen of Scottsdale High School.  Consumed by ambition and spurred to action by her boyfriend Garrett, Beth enlists the girls to cyberbully and shame her competition, Dusti.  When Dusti kills herself, Beth becomes wracked with guilt and paranoia eventually leading her down a path of self-destruction.